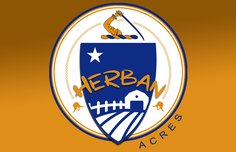 Massachusetts Department of Agricultural Resources
Industrial Hemp ProgramThe MDAR Hemp Program provides oversight and regulation
of hemp for commercial purposes
in Massachusetts. The services on this page
are for potential and current hemp growers and processors.
https://www.mass.gov/industrial-hemp-program


For years, experts have predicted that if the cannabis industry expands at its current rate, the American market will reach $20 billion by 2020. But it turns out that one market is spinning off into a mega-industry of its own: according to a new estimate from cannabis industry analysts the Brightfield Group, the hemp-CBD market alone could hit $22 billion by 2022.
CBD, a non-psychoactive cannabinoid found in cannabis, has had a surge in popularity over the past couple of years. Unlike THC, the chemical compound that gives weed its signature effect, CBD has been shown to help with everything from PTSD and anxiety to MS and epilepsy — without getting you high.

For years, experts have predicted that if the cannabis industry expands at its current rate, the American market will reach $20 billion by 2020. But it turns out that one market is spinning off into a mega-industry of its own: according to a new estimate from cannabis industry analysts the Brightfield Group, the hemp-CBD market alone could hit $22 billion by 2022.
CBD, a non-psychoactive cannabinoid found in cannabis, has had a surge in popularity over the past couple of years. Unlike THC, the chemical compound that gives weed its signature effect, CBD has been shown to help with everything from PTSD and anxiety to MS and epilepsy — without getting you high.

From Wikipedia, the free encyclopedia


This article is about industrial and foodstuff products that are derived from hemp cultivars of the Cannabis plant. For the usage of Cannabis as a drug, see Cannabis (drug). For other uses, see Hemp (disambiguation).

Hemp field in Côtes-d'Armor,Brittany, France
Hemp (from Old English hænep) is a commonly used term for high growing varieties of the Cannabis plant and its products, which include fiber, oil, and seed. Hemp is refined into products such as hemp seed foods, hemp oil, wax, resin, rope, cloth, pulp, paper, and fuel.

Other variants of the herb Cannabis sativa are widely used as a drug, commonly known as marijuana. These variants are typically low growing and have higher content of tetrahydrocannabinol (THC). The legality of Cannabis varies widely from country to country, and from state to state in the United States. In many countries regulatory limits for concentrations of psychoactive drug compounds, particularly THC, in hemp require the use of strains of the plant which are bred for low content.[1]

Hemp!  from food to building materials, bio-fuels, medicine and more! we are constantly finding more and more uses for this wonderful plant and we have only now scratched the surface! What are we waiting for!

Is DEA Dazed & Confused Over Industrial Hemp?The Department of Agriculture needs hemp seeds for critical research. Why is the DEA trying to stop them?by MISSY BAXTERJUNE 05, 2014
What if a plant seed could cure breast cancer and treat epileptic seizures, but a federal agency got in the way of medical research?

Numerous studies have shown the health benefits of cannabidiol (CBD), a non-psychoactive ingredient of cannabis, found primarily in the seeds. In one study, for example, CBD prevented cancerous tumors in mice, according to the National Cancer Institute.

The Great Marijuana Experiment: A Tale of Two Drug Wars

CBD may also help people with epilepsy, according to Deb McGrath, executive director of the Epilepsy Foundation of Kentuckiana. In recent months, McGrath, the mother of an epileptic child, has joined other parents in calling for legalization of CBD, commonly known as hemp oil.

CBD is found in all types of cannabis, but appears in greater quantities in industrial hemp, according to experts. Supporters say the plant should be considered an agricultural commodity — not a drug — because hemp doesn’t have enough THC to catch even the slightest buzz. In fact, experts say, smoking hemp causes headaches and growing hemp can ruin marijuana’s potency through cross-pollination.

Yet, the U.S. Drug Enforcement Administration (DEA) considers hemp a narcotic in the same category as LSD or heroin. That’s why the DEA recently seized 250 pounds of hemp seed in Kentucky. The seeds, imported from Italy, were destined for research projects authorized by Congress and President Obama as part of the 2014 Farm Bill.

To prevent the DEA from interfering with hemp research, numerous groups are teaming up against the federal agency. Last week, the U.S. House approved two amendments that would stifle the DEA’s control over hemp.

Just a few weeks ago, Kentucky’s Department of Agriculture filed a lawsuit in federal court to force the DEA to release the confiscated seeds, which were imported from Italy. Following a two-week battle in federal court, the DEA released the seeds. But only after Kentucky officials applied for a controlled substance permit. The "controlled substance" was delivered via UPS truck to State Agriculture Commissioner James Comer’s office and some were planted at University of Kentucky’s research farm in Lexington, Kentucky. Scientists there hope to pinpoint which types of hemp will grow best in the region.

The planting was hailed as a historic moment for Kentucky, which was once a hotbed for hemp production. But the battle over hemp is far from over, according to those involved in the case. "Although we applied for a permit to import a controlled substance, we still maintain industrial hemp is not a controlled substance and DEA has no authority over hemp pilot programs because the farm bill specifically gave regulatory authority to the states," said Holly Harris VonLuehrte, chief of staff to Kentucky Agriculture Commissioner James Comer, who is overseeing the research projects. "We concede nothing by planting these seeds. We simply wanted to get this seed in the ground and get our research started. However, we will keep this case active."

In a May 22nd letter releasing the seeds, the DEA warned Kentucky officials that private farmers could face prosecution for planting hemp, and pilot projects could be destroyed as part of the federal marijuana eradication program. The DEA said it seized the seeds because the intent of the farm bill is unclear and doesn’t include rules for importing hemp seeds. In response, state officials sent a letter to a federal judge in Louisville, seeking a declaratory ruling. A court date has yet to be announced.

The DEA’s confusion is unwarranted, according to U.S. Sen. Mitch McConnell (R-Louisville), who helped draft the Farm Bill legislation. McConnell recently released a statement, saying he was frustrated that "the DEA is using its finite resources to stymie plainly lawful hemp pilot projects at the very time Kentucky is facing growing threats from heroin addiction and other drug abuse."

The DEA has stated repeatedly that law enforcement officials might not be able to distinguish legal hemp from illegal marijuana. In the May 22nd letter, the agency "strongly suggests" Kentucky officials provide details such as global positioning coordinates for hemp plots and anticipated growing dates.

"The DEA appears to be dazed and confused by industrial hemp," said Andy Graves, a Lexington farmer whose family has grown hemp for seven generations, including during World War II for the "Hemp for Victory" program.

Graves, a spokesperson for the Kentucky Hemp Seed Research and Development Company, which is participating in the research projects, said plans are underway to import another 1,000 pounds of hemp seed. But the shipment is on hold because the DEA said a separate permit will be required for each new shipment of imported seeds.

"An import permit allows for a set amount of a controlled substance to be imported," a DEA spokesperson stated in an email to Rolling Stone. “Therefore, each time the Kentucky Dept. of Agriculture intends to import a controlled substance, in this case hemp seeds, they must ensure they have a valid import permit or apply for another one. Depending on the number of applications being processed, a permit can be approved and issued as quickly seven days and as long as three weeks.”

That creates a conundrum because there is a small supply of viable, certified industrial hemp seed in the U.S., according to industry experts. "There isn’t much industrial hemp seed remaining in the U.S. because law enforcement, who get paid to destroy hemp, and marijuana growers, who don’t want hemp to cross-pollinate with their pot, have systematically destroyed feral hemp over the years," David Spalding, who served 27 years as a horticulture research associate for University of Kentucky and 10 years as a U.S. Department of Agriculture economist, tells Rolling Stone.

"It seems like selective enforcement for the DEA to force Kentucky farmers to obtain permits for hemp, while Colorado residents can grow six pot plants under state law without being regulated by DEA," adds Spalding, who as president of Hemp Oil Kentucky plans to grow hemp for CBD oil. "The DEA is simply trying to protect its cannabis eradication budget."

The DEA declined to answer specific questions about the eradication program or enforcement.

Others agree that waging a War on Drugs against hemp seems ludicrous. "We believe the farm bill language is clear; the Controlled Substances Act does not apply to these programs," Joseph Sandler, a Washington, D.C., lawyer who is representing some of the Kentucky farmers involved in research projects, tells Rolling Stone. "If necessary, the farmers we represent are prepared to pursue appropriate legal action."